Guides in this section

Capture means a card has been processed and payment is ensured. There are situations when store pre-authorizes the sales amount and capture altogether. Store admin or servers can clock in and find all the transactions in “Authorize” dialog.

Capture waiting Some orders, like Dine-In,  does not capture card when a payment is received. One reason is to let adjust a payment with Tips. 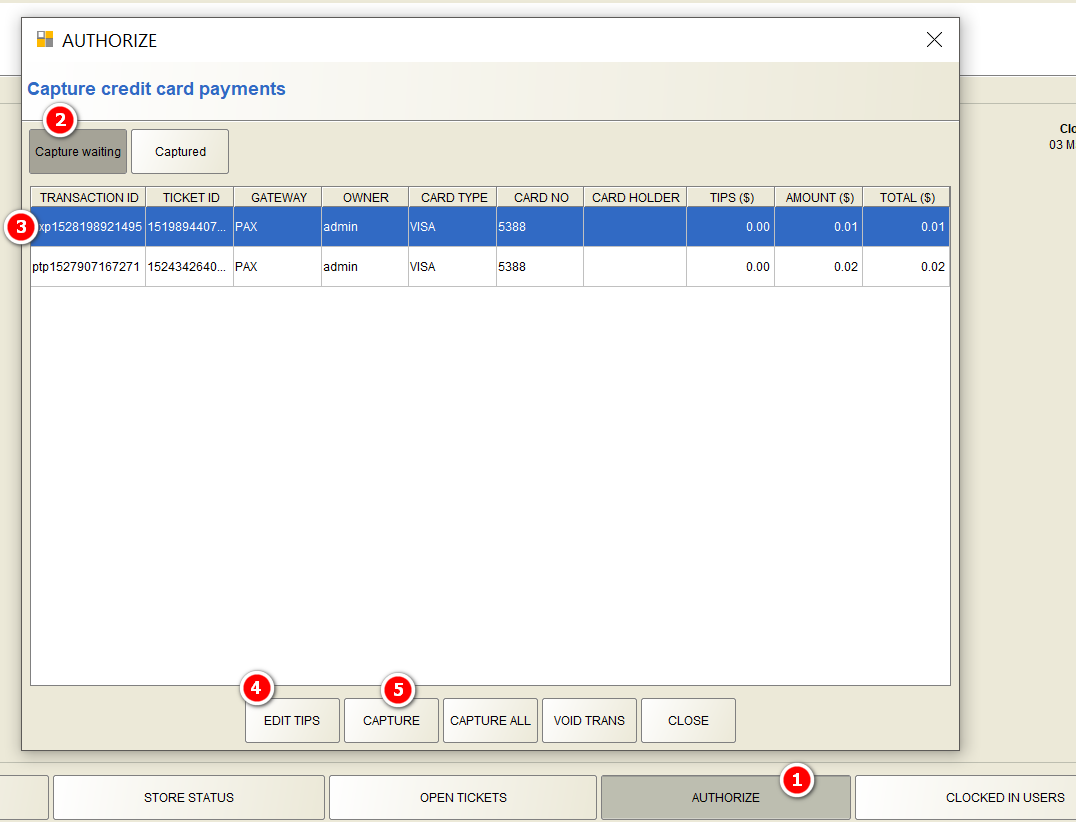 How to Capture transactions

Once this transaction will be captured successfully. It will be seen in the captured list. 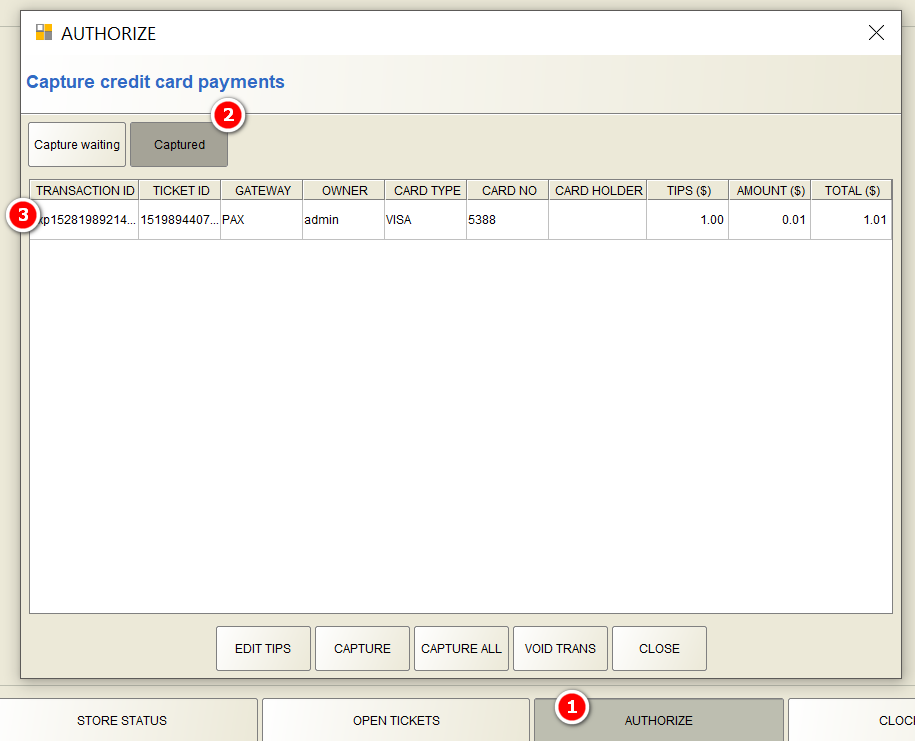 The servers should adjust tips as soon as the customer added tips in the receipts and signed back. This is done in the Capture waiting screen. It cannot be done after that transaction is captured.

Batch closing removes all transactions from the PAX device and finalized them. This is important that POS adds all tips and captures all transaction before PAX S300 closes the batch. Most of the cases Batch closes automatically in late night. POS cannot capture any open transactions after the batch has been closed.

Disclaimer: The information and media included on this website are not legal documents. Whilst we make every attempt to ensure the accuracy and reliability of the information contained in the documents stored, served and accessed on this site, this information should not be relied upon as a substitute for formal advice from our company. Features described in this document are subject to change without any notice.